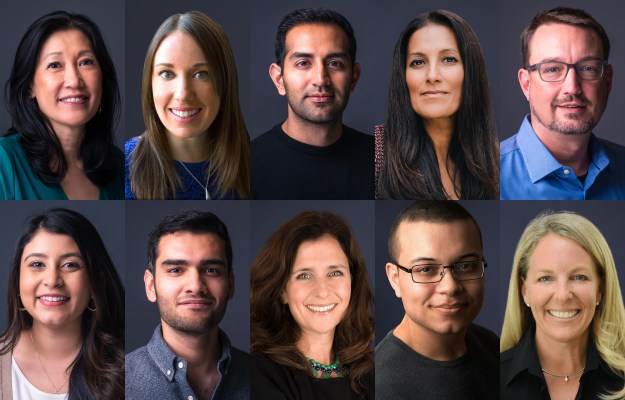 Venture funds have historically counted on a few types of investors — or limited partners — for their investing capital. One of these groups is institutional investors — think pension funds, university endowments, hospital systems and the like. Another is corporations. A third bucket centers on the family offices of wealthy individuals.

It’s a fairly small universe, in other words, but two new initiatives, both announced this week and both very different, are looking to change the equation — and could usher in similar efforts soon.

Arlan Hamilton came out with her news first. Hamilton is the founder of Backstage Capital, a venture firm focused on investing in startups founded by people of color, women, and teams with members from the LGBTQ community. In short, diversity is at its very core. But Hamilton, who is herself Black, isn’t interested in funding diverse founders alone; she is also interested in enabling more people from diverse backgrounds — including socioeconomically — to invest in venture capital as an asset class.

Toward that end, earlier this week, on the private investing platform Republic, she opened a new fund that anyone — including unaccredited investors — could back under a Securities and Exchange Commission rule called Reg CF, or Regulation Crowdfunding.

Hamilton hit the upper boundary of what Reg CF allows an outfit to raise — $1,070,000 within a 12-month period — in what seemed like hours from 2,790 investors who were invited to invest as little as $100. But more could be coming. The reason why: that rule underwent a change in November under former SEC chair Jay Clayton, and will next month begin allowing outfits to crowdsource up to $5 million. The process could be slowed down by the incoming SEC chief. (President Biden has appointed former regulator and former Goldman partner Gary Gensler, who must now receive Senate confirmation.) If it’s not, however, it’s easy to imagine more unaccredited investors being invited to fund other, and larger, venture funds soon.

A second initiative this week has similar objectives to Hamilton — bringing more diverse investors into the ranks of limited partners — though it has a different approach and it’s targeting accredited investors only, which basically means individuals who are earning $200,000 a year and/or have a net worth of $1 million or more.

Launched by Acrew Capital — a Palo Alto- and San Francisco-based early-stage venture spearheaded by veteran VC Theresia Gouw — the firm revealed yesterday that it’s currently raising a traditional growth-stage fund with a twist. In addition to giving its current limited partners a crack at investing in the new fund, it is also opening the vehicle up to more women, people of color, and underrepresented individuals who may not have had a chance historically to invest in a later-stage private vehicle.

The key here is Acrew’s emphasis on growth-stage investing. While more women and people of color are breaking into the ranks of seed-stage investing, it takes a long time to make money with early-stage funding. Meanwhile, growth-stage funds are more exclusive because the companies they back are closer to an “exit” typically. That makes them very appealing to institutions — including mutual funds and hedge funds — which leaves a lot of room for the kinds of individuals who Acrew hopes to bring into the fold.

Like Backstage, diversity is in DNA of Acrew, which Gouw cofounded with Laura Kolodny, Vishal Lugani and Mark Kraynak, colleagues from their previous fund, Aspect Ventures.

It’s little surprise that the firm — which says 88% of its overall team is female and 63% comes from underrepresented backgrounds —  would be the first to publicly focus on pulling more women and people of color who are angel investors, board members, and C-level execs into the world of later-stage deals.

But it’s also strategic on the part of Acrew, which focuses largely on fintech and cybersecurity, and which has stakes in the highly valued challenger bank Chime, and the big data security analytics company Exabeam, among many others.

As Kolodny explains it, a growing number of companies is focused on enhancing diversity in the board room, and having an LP base filled individuals from underrepresented groups (with highly vetted networks), works out well for everyone involved.

In fact, it’s an approach that they hope won’t distinguish the firm for long, says Kolodny. “Our hope is that five years from now, a venture firm helping companies to add diverse independent board members and diverse executives won’t be a unique strategy.”

The hope,” she adds, “is [this effort] gets people to embrace a new standard around what is what is expected of venture firms.”

Pictured above: the members of Acrew Capital who are part of its first growth fund, which it has dubbed its Diversity Capital Fund.

Microsoft open-sources tool to use AI in simulated attacks

The NYPD used a controversial facial recognition tool. Here’s what you need to know.

A look at Tattle Life, a gossip forum where users dox celebrities and influencers, dissect their personal lives, and target them with vicious comments (Sarah Manavis/New Statesman)