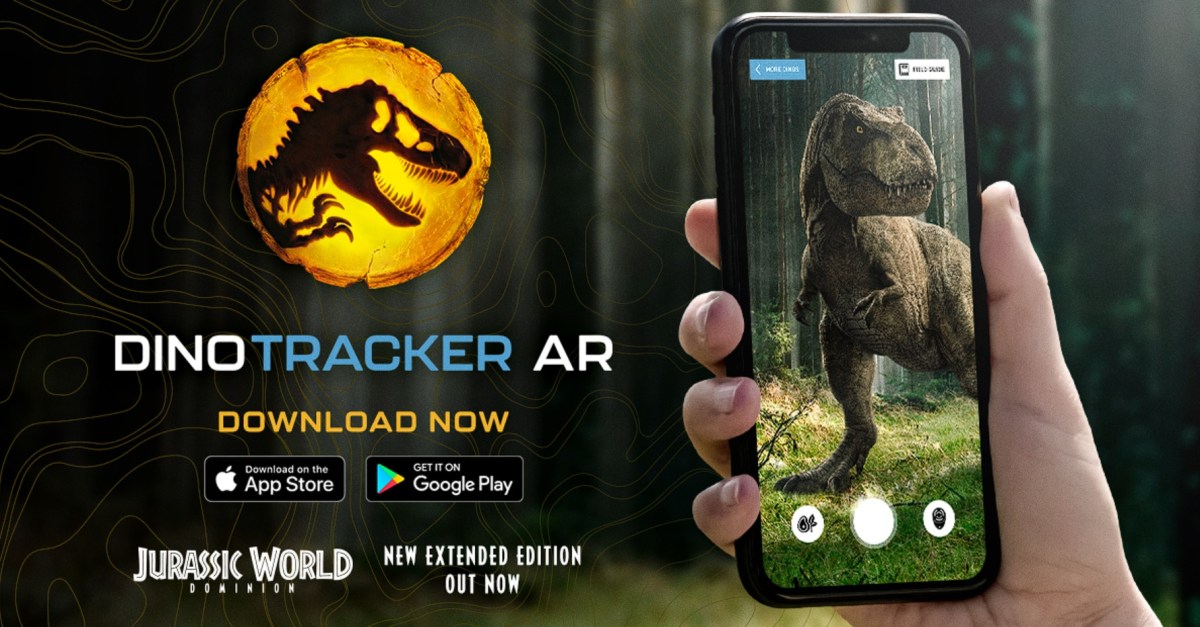 Universal has announced its latest Jurassic World tie-in product: A Pokémon Go-style AR app called DinoTracker. It allows players to interact with dinos from the recently released Dominion film and to pick up small facts on their real-life counterparts.

The premise of the app is pretty simple: Using their phone’s camera, players can “track” traces of dinos in the world around them. When they find the dinos — among 10 prehistoric characters to find — they can feed them with their hands. Developed by Trigger XR, the game uses Niantic’s Lightship ARDK to recognize different surfaces and spaces and map the dino of the appropriate size to the space around the user.

GamesBeat spoke with Jason Yim, Trigger XR CEO, about the app. He noted that the Lightship features allow dinos to interact with the environment, in a sense. “Normally AR always appears as a top layer, which breaks believability. Now, with object occlusion, you can see a dino appear from behind a tree or hide behind objects in the sky. That adds a tremendous amount to the consumer feeling that it’s actually there.” Dinos can also track users with their heads, and will become aggressive if they gets too close.

This is not the first time a Jurassic World tie-in app has used AR technology to try and put dinos in the real world — 2018’s Jurassic World Alive launched roughly around the release of the film Fallen Kingdom. That game takes far more inspiration from Pokémon Go than Dinotracker does.