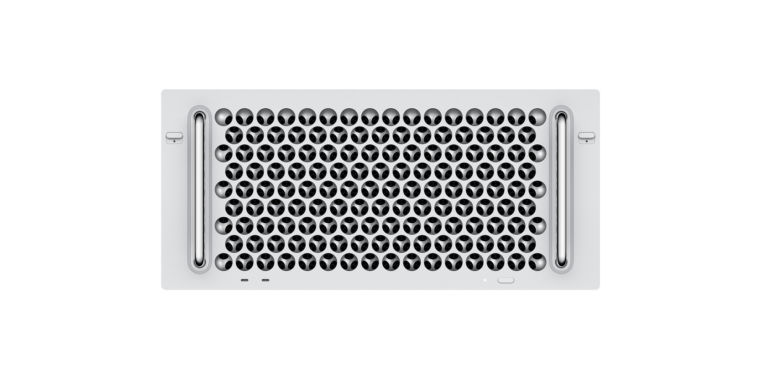 Apple has begun selling the rack-mounted variant of its Mac Pro desktop computer. The tower version launched about a month ago, but the rack version is currently showing ship dates ranging from January 23 to February 13, depending on the buyer’s chosen specifications.

Starting at $6,499 (or $500 more than the tower version), the rack-mounted Mac Pro is identical in terms of specifications and internals. It comes in all the same hardware configuration options, has the same ports, is laid out the same inside the case, and has the same rear connections.

The differences from the tower variant are entirely in the case itself. This variant of the Mac Pro forgoes the wheels or stands of the tower model in favor of rails (made of stainless steel) that allow the device to be mounted horizontally in server racks. It also has a removable lid instead of the fully removable frame seen in the tower.

Additionally, the handles are on the front for easy removal from said racks, and some other elements like the power button have been moved from the tower top to the rack front.

This Mac Pro is intended for inclusion in render farms, as a server, and other commercial and professional uses.