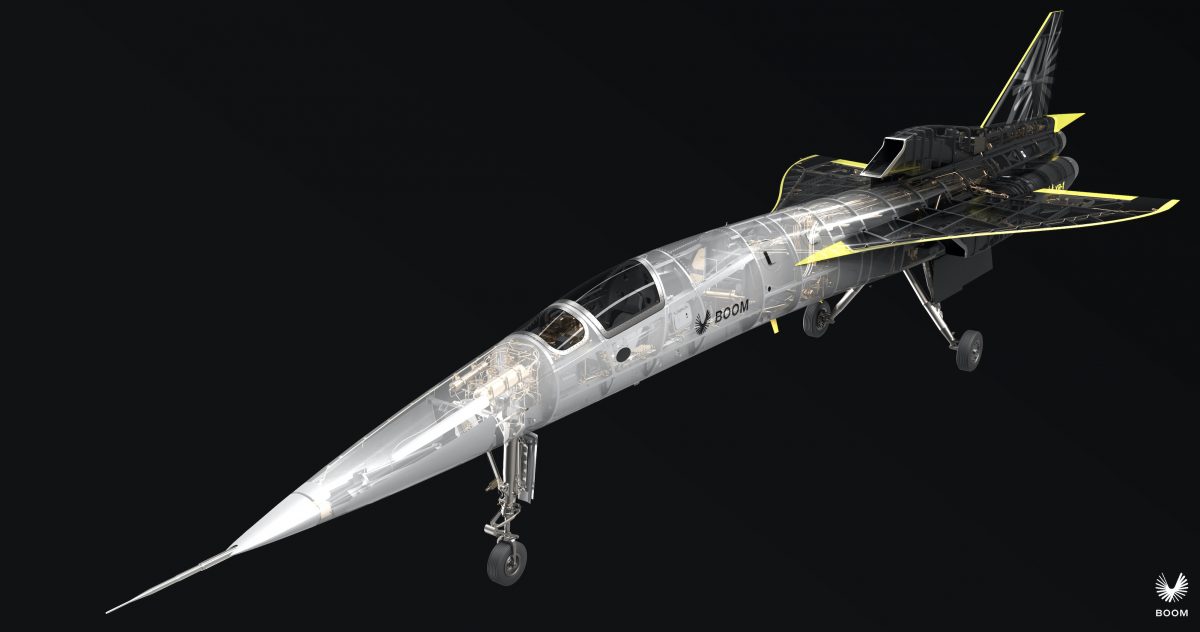 On the journey toward building a new supersonic jet, Denver-based Boom is first creating an aircraft at one-third scale to demonstrate that its design and technologies are safe.

Boom plans to roll out the demonstrator XB-1 plane some time in 2020 and begin test flights late in the year. Like the full-scale Overture supersonic jet planned for the middle of this decade, the XB-1 will fly Mach 2.2 using the same aerodynamics and materials.

As the XB-1 nears completion, Boom has released a 3D simulation of the jet to give people a detailed look:

While the Concorde supersonic jet ultimately failed because tickets were too expensive, Boom executives believe advances in materials and aerodynamics will allow them to create a more economically sustainable supersonic jet. The goal eventually with the 75-seat Overture is to target business class passengers by dramatically shortening overseas travel times.

The effort is part of a broader wave of startups who are hoping to reinvent air travel, including shorter range options like air taxis.