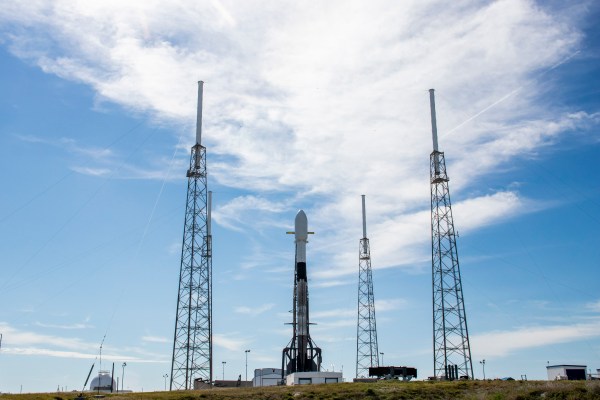 SpaceX is set to launch another batch of its Starlink broadband internet satellites this morning, after weather conditions shut down its last two attempts earlier this week. SpaceX is being especially picky about not just launch conditions – but also weather in the recovery area where it hopes to catch the fairing protecting the satellite cargo aboard this Falcon 9 launch.

That secondary mission of fairing recovery will see SpaceX try to catch the two large halves of the protective sheath that covers the rocket’s payload on its way through Earth’s atmosphere to its orbital destination. It uses ships with custom modifications (which essentially amount to large nets suspended above form their deck) designed specifically for this purpose called ‘Ms. Tree’ and ‘Ms. Chief’ to get this done.

SpaceX has successfully caught one fairing half before, but it hasn’t been able to catch any others yet, and has also never caught both halves at the the same time. This is a goal for the company because it would save them having to rebuild a costly part for each launch, saving as much as $6 million per launch according to Tesla CEO Elon Musk.

Because Starlink is SpaceX’s own payload, to add to its growing constellation of broadband internet small satellites ahead of that service’s launch sometime later this year, SpaceX has more flexibility with the launch timing than it would for a third-party client. That means it can wait a bit to try to optimize recovery conditions to hopefully improve its chances of having a good fairing recovery, with better conditions at sea.

This launch will also include a Falcon 9 booster landing, using SpaceX’s seafaring ‘Of Course I Still Love You’ drone ship. SpaceX is of course pretty consistency able to recover these, with a record of success that continues to grown.

Meanwhile, the primary mission will see yet another batch of 60 satellites join two prior groups (plus a first demonstration flock of 60) already in orbit for Starlink. SpaceX eventually hopes to launch many more (as many as 10,000) which will coordinate to provide affordable, high-speed internet to customers around the world, with a service rollout for the U.S. and Canada planned for later this year.