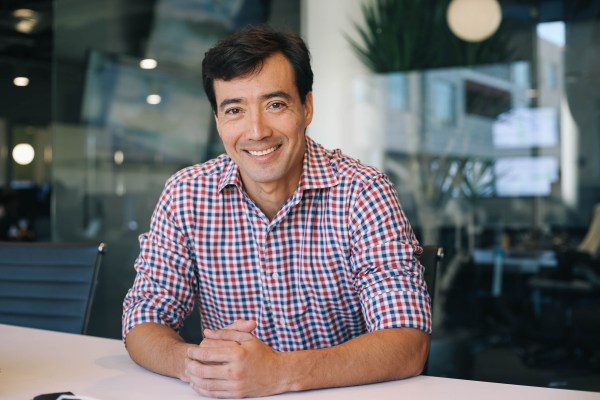 Carta, the nine-year-old, San Francisco-based cap table management and valuation software company, just raised $500 million in its eighth round of funding, at a $7.4 billion valuation. That’s more than double where the company was valued eight months ago when it closed its seventh round of funding at a valuation of $3.1 billion.

With so much money flooding into privately held companies, giant leaps in valuation are no longer all that notable. What’s different about this particular story is how Carta’s new valuation was established, which was to run an auction using its own trading platform to sell $100 million of its shares to secondary buyers, then use the valuation at which the shares sold — $6.9 billion — as evidence to primary investors of Carta’s true value.

For a company that’s trying to raise awareness of its trading platform — Carta wants to sell more of the secondary shares of other companies, too — it was a very smart marketing play. It was Carta eating its own dog food, in the (somewhat repellant) parlance of the startup world. Still, it’s unclear whether we’re likely to see it replicated by other companies going forward.

First, what Carta did is — we think — unprecedented in establishing a price for secondary shares. Typically, a small group comes together and negotiates a price or, if it’s 20 or more sellers who are willing to offload shares to buyers, it’s considered a “tender offer” and out comes the prospectus-type document, including financial statements, risk factors and all that other jazz, and it’s sent to a set group of potential buyers.

In Carta’s case — Carta CEO Henry Ward suggests in a new Medium post — by running an auction process, many more investors participated in the price discovery of its shares. (A prior post pegs this number at 414 participants that participated in 1484 executed orders.)

It makes a lot of sense, says longtime startup attorney Tim Harris of Morrison & Foerster, who was not involved in the process. “Ward is basically saying, ‘We’re using a broader market price-seeking process instead of what he describes as one-off. You see it in real estate listings all the time,” adds Harris. “There’s no reason companies can’t do the same.”

The question that startup founders may be wondering right now is whether an auction process like Carta’s can truly help establish a price for primary shares.

Ward wrote today that the auction very much strengthened the case that Carta could make to investors, including Silver Lake, the investment firm that ultimately led Carta’s newest $500 million round (a Series G).

While we don’t doubt it was a useful data point, Silver Lake is a sophisticated investment firm has been valuing companies for 21 years; likely, it have arrived at the valuation it did without that earlier auction.

Meanwhile, attorney Anthony McCusker, who cochairs the tech practice at Goodwin Proctor, questions whether “companies are going to outsource their valuation discovery to Carta.” Most founders and CEOs would prefer to talk directly with investors when it comes to establishing the valuation of their company rather than leave it to the wisdom of crowds, he suggests.

And there are other considerations, including that markets can also “be gamed,” as notes Harris of MoFo, observing that “public markets are gamed all the time.” Integrity “depends on oversight and the quality of bids on a platform,” Harris adds as he half-kiddingly wonders what happened, for example, to the bidder who said he or she would pay $28 million to join Jeff Bezos on his trip to space, then later cited “scheduling conflicts.”

For our part, we’re wondering how many founding teams are willing to open up the secondary sale of their shares to a potentially much wider circle of backers when historically, they have not.

We also wonder whether, for some companies, that discovery process could backfire. After all, Carta is a hot commodity that likely didn’t need to set a floor for its auction offering. But we can imagine scenarios in which companies’ secondary shares aren’t worth to outsiders what founders think that they are.

Of course, the industry is changing fast, so nothing would surprise us. Indeed, whatever happens, the auction is clearly part of a larger trend toward transparency that continues to play out in interesting new ways all the time.

As Harris notes,  when he began practicing law 26 year ago, “venture was a completely closed ecosystem.” Now, he says, “There’s a wealth of data being shared and disseminated to maker smarter business decisions. You can just go to Pitchbook or Crunchbase to learn a lot of what you need to know.”