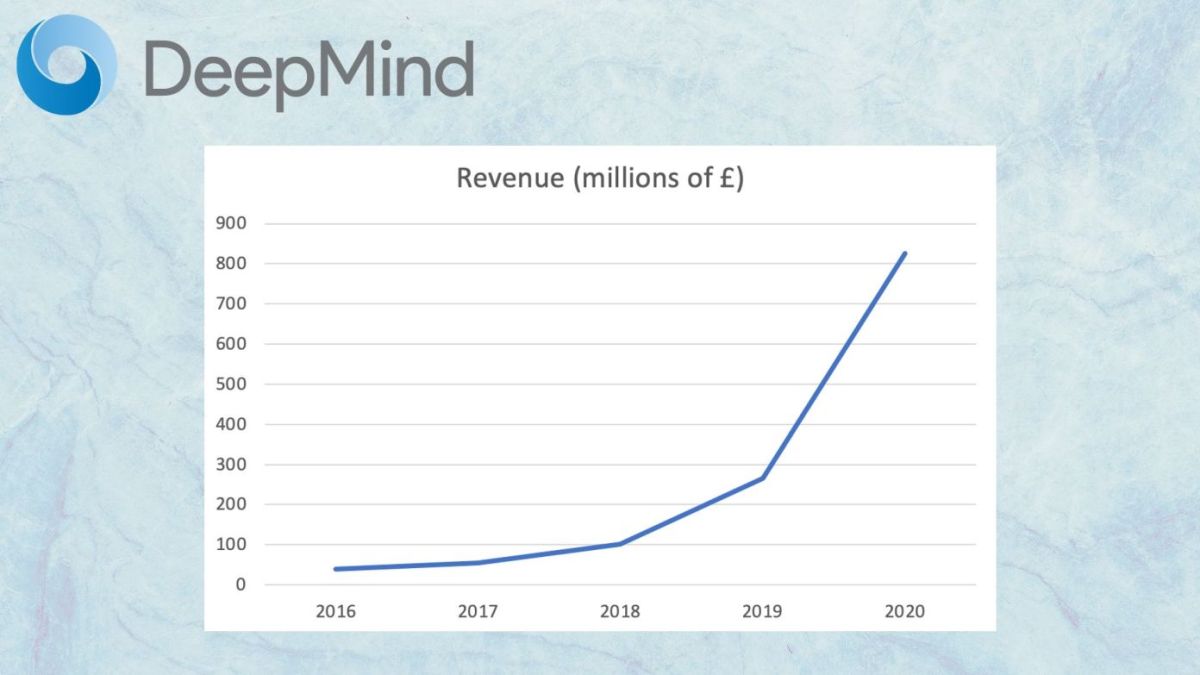 DeepMind, the U.K.-based AI lab that seeks to develop artificial general intelligence, has finally become profitable, according to the company’s latest financial report.

Since being acquired by Google (now Alphabet Inc.) in 2014, DeepMind has struggled to break even with its growing expenses. And now, it is finally giving its parent company and shareholders hopeful signs that it has earned its place among Alphabet’s constellation of profitable businesses.

This could be wonderful news for the AI lab, which has been hemorrhaging large sums throughout its entire life.

But the financial report is also shrouded in vagueness that suggests if DeepMind has indeed found its way to profitability, it has done so in a way that makes it inextricably tied to the products and business model of Google.

The filing does not provide much detail about DeepMind’s sources of income aside from a paragraph that says: “The Company generates revenue through a service agreement with another group undertaking for the provision of Research and Development services.”

DeepMind does not directly sell products or services to consumers and companies. Its customers are Alphabet and its subsidiaries. It is not clear which one of DeepMind’s ventures caused the spike in its revenue.

One source who spoke to CNBC said that the sudden increase in DeepMind’s revenue could be “creative accounting.” Basically, it means that since Alphabet and its subsidiaries are DeepMind’s only clients, it could arbitrarily alter the price of its services to create the impression that it is becoming profitable. DeepMind did not comment on the claim.

DeepMind’s main area of focus is deep reinforcement learning, a branch of machine learning that is very useful in scientific research. DeepMind and other AI labs have used deep RL to master complicated games, train robotic hands, predict protein structures, and simulate autonomous driving. DeepMind’s scientists believe that advances in reinforcement learning will eventually lead to the development of AGI.

But deep reinforcement learning research is also very expensive and its commercial applications are limited. Unlike other deep learning systems, such as image classifiers and speech recognition systems, which can be directly ported and integrated into new applications, deep reinforcement learning models often have to be trained in the environment where they will be used. This imposes technical and financial costs that many organizations can’t afford.

Another problem is that the kind of research that DeepMind is engaged in does not directly translate to profitable business models. Take, for instance, AlphaStar, the reinforcement learning system that mastered the real-time strategy game StarCraft 2. It is an impressive feat of science that costs millions of dollars (which was probably subsidized by Google, which owns vast cloud computation resources). But it has little use in applied AI without being repurposed (to the tune of extra millions).

Alphabet has adapted DeepMind’s RL technology in some of its operations, such as reducing power consumption at Google data centers and developing the technology of Waymo, Alphabet’s self-driving company. But while we don’t know the details of how the technology is being applied, my own guess is that Alphabet outsources some of its applied AI tasks to DeepMind rather than directly integrate the AI lab’s technology into its products.

In fact, a separate division of DeepMind is engaged in applied AI projects for Google and Alphabet, but that effort is not directly related to the AGI research being done by the main DeepMind lab.

The costs of AI talent and research

With large tech companies such as Facebook, Microsoft, and Apple becoming interested in deep learning, hiring AI talent has become an arms race that has driven up the salaries of researchers. Leading AI researchers can easily earn seven-digit salaries at large tech companies, which makes it difficult for academic institutions and non-profit research labs to retain their talent.

In 2020, DeepMind paid £467 million in staff costs, nearly two-thirds of its total expenses. The company has around 1,000 employees, a small percentage of whom are highly paid scientists, researchers, and engineers.

The growing costs of AI research and talent will pit DeepMind against exacerbating challenges as it moves forward. It will depend on Google to fund its operations and subsidize the costs of its research.

Meanwhile, as the subsidiary of a publicly traded company, it will be scrutinized for how profitable its technology is. And for the moment, its only source of profit is Alphabet, so it will become increasingly dependent on Google purchasing its services. This can in turn push DeepMind toward directing its research in areas that can quickly turn into profitable ventures, which is not necessarily congruent with its scientific goals.

For a company that is chasing the long-term dream of artificial general intelligence and whose professed mission is “to advance science and benefit humanity,” the distractions of short-term profits and incremental gains can prove to be detrimental.

The closest example I can find for the work that companies like DeepMind and its quasi-rival OpenAI is Bell Labs, the former research outfit of AT&T. Bell Labs was the subsidiary of a very large for-profit company, but its work wasn’t bound by the goals of the next quarter’s earnings or the incentives of shareholders. While rewarded handsomely for their work, its scientists were driven by scientific curiosity, not money. They sought fundamental ideas that pushed the boundaries of science, creating innovations that would not bear fruit for years and decades to come. And this is how Bell Labs became the birthplace of some of the ideas and technologies that changed the twentieth century, including transistors, satellites, lasers, optical fibers, cellular telephony, and information theory. Bell Labs had the freedom to discover and innovate.

For the moment, Alphabet has proven to be a patient owner for DeepMind. It waived a £1.1 billion ($1.5 billion USD) debt in 2019 and helped DeepMind report positive earnings in 2020. Whether Alphabet will remain generous and faithful in DeepMind’s mission in the long run — and it is a long run — remains to be seen. But if Alphabet’s patience does run out, DeepMind will be left with no customers, no funding, and fierce competition from tech giants who will want to poach its talented scientists to achieve fundamentally different goals.

Ben Dickson is a software engineer and the founder of TechTalks. He writes about technology, business, and politics.